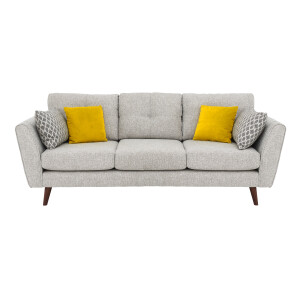 The study entitled “An overview and experimental analysis of furniture fire safety regulations in Europe”[1] analyses the fire performance of upholstered furniture across countries e and demonstrates wide differences in performances.  Released in March 2020 and conducted by Eric Guillaume, Rene de Feijter, Laurens van Gelderen from the fire research laboratory Efectis in France and the Netherlands, the study tested real sofas purchased around Europe and tested them individually.

The study concluded furniture fires are significant events and safety regulations should be robust for public protection.  The data showed British standard BS5852 designed products, that use flame retardants, significantly outperformed products from other countries in both ignition resistance and time to peak heat release. Without ignition, there is no fire but when there is a fire longer times to peak heat release importantly correlate with greater escape times for occupants.