For another year ABICHAMA was one of the sponsors of the International Seminar on Passive Protection, the SIPP, which took place on August 14 and 15, in São Paulo, Brazil. The event is the result of a partnership between the Brazilian Association of Passive Fire Protection (ABPP) and the Institute of Technological Research (IPT), through the Fire and Explosion Safety Laboratory / CETAC (LSFEx), with the objective of conducting a meeting bringing international references, addressing current challenges and problems, as well as stimulating the dissemination of knowledge, innovation and technology to the Brazilian market.

This year, in addition to sponsor the event, ABICHAMA reinforced its presence with the participation of the association’s president, Lilian Salim, who was one of the moderators. Lilian hosted the first panel of the event, which was entitled Current Solutions in Passive Protection, and featured presentations by Tom McGuiness of Kingspan (Performance of Composite Panels Incorporating Combustible Materials), Mike Kerrison of UNIFRAX USA (Fire protection of metal ducts used for smoke and grease exhaust) and Dr Matthew Blais, who was invited by ABICHAMA to attend the event. At the time, he presented his lecture

During his presentation, on “Flammability for current upholstery, appliances and mattresses Dr Matthew Blais (see picture below)  talked about the performance of the materials in fire situations, using the examples of the fire tests conducted in conjunction with the Southwest Research Institute. 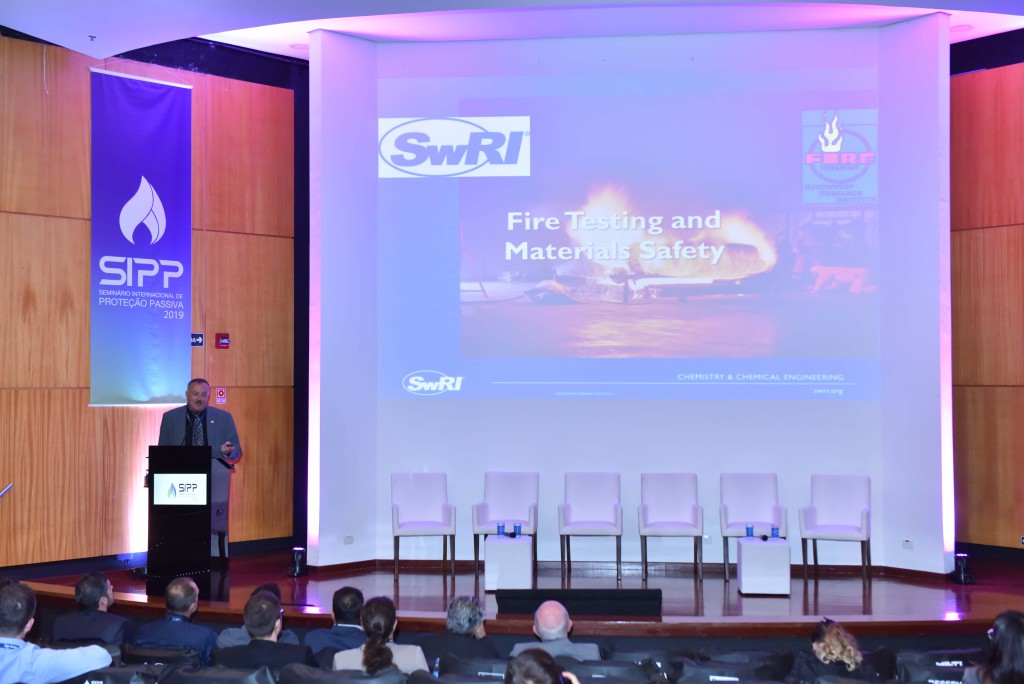 Matthew clarified the idea of smoke toxicity originated from flame retardant furniture and the amount of smoke generated which, according to the tests, showed that furniture with flame retardants produced less than half the smoke produced by unprotected furniture. Among the key points highlighted by Matthew during the presentation were:

Dr. Matthew Blais presentation was very successful, and he also had the opportunity to meet with Colonel Cajaty of the Federal District Military Fire Department – one of the top exeprts regarding fire safety in Brazil.

Dr Matthew Blais and Colonel Cajaty were able to exchange knowledge about what has been done about passive safety in Brazil and the United States.

You can change these settings at any time. However, this can result in some functions no longer being available. For information on deleting the cookies, please consult your browser’s help function.

With the slider, you can enable or disable different types of cookies: