The role of Bromine in Reducing Mercury Emissions

THE NEED TO REDUCE MERCURY EMISSIONS

Mercury is considered by the World Health Organisation as one of the top ten chemicals or groups of chemicals of major public health concern. It is a naturally occurring element that is found in air, water and soil, but exposure to it can be toxic to human health and poses a particular threat to children and pregnant women.1

Human activity is one of the main causes of mercury releases.2 The largest man-made emission sources are associated with artisanal and small-scale gold mining and coal burning, which together account for about 62% of the annual total anthropogenic emissions to air. Other major emissions occur from ferrous and non-ferrous metal production and cement production.3

Despite global decarbonisation efforts, more than 40% of the world’s electricity is currently generated by coal power plants.4 Bromine-based products have the potential to help meet the world’s energy needs in a more environmentally responsible way through reduced mercury emissions.

THE MINAMATA CONVENTION ON MERCURY
A GLOBAL TREATY

The Minamata Convention on mercury is a United Nations treaty that commits the international community to reducing mercury emissions and taking other measures to control the supply and trade of mercury as well as mercury added products and manufacturing processes in which mercury is used. Its coming into force was a global acknowledgement of the adverse environmental and health impacts of mercury.5 The Convention is named after the Japanese city which witnessed a great ecological and human tragedy in the 1950s and 60s due to uncontrolled releases of mercury into local waters.6

The Minamata Convention requires signatories to control and reduce emissions from coal-fired power plants and industrial boilers, non-ferrous metals, cement and waste incineration. In addition to controlling emissions from existing installations, signatories must use best available techniques and best environmental practices (BAT / BEP) to reduce emissions from new installations as soon as practicable, but no later than five years after the entry into force of the Convention for the Party in question.7

The Convention was adopted in 2013 and has 128 signatories, including the European Union and 26 EU Member States. It entered into force on 16 August 2017 and had been ratified by 101 Parties at the time of writing. The first Conference of the Parties to the Convention was held in September 2017 in Geneva and formally adopted guidance on best available techniques and best environmental practices to reduce mercury emissions.8

BSEF members fully subscribe to the goals of the Minamata Convention by developing bromine-based technologies that will help in the reduction of atmospheric mercury emissions from human sources (for instance thermal coal plants account for over 20% of global emissions of mercury to the environment).9 BSEF is also a member of the UNEP Global Mercury Partnership and has developed synergies with the IEA – Clean Coal Center.

Bromine-based technologies have been proven to be effective in reducing mercury emissions. In fact, Bromine based products can reduce mercury emissions from coal-fired power plants and other industrial installations in excess of 90%.10

Although mercury is only found in coal in small amounts, coal is burned in large quantities all over the world. Globally, coal fired power plants emit 500 tons of mercury a year.11 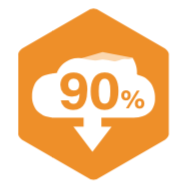 WHY IS BROMINE EFFECTIVE TO COMBAT MERCURY EMISSIONS?

When coal is burned, mercury may be released in three forms: oxidized (Hg2+), particulate (Hg P) and elemental (Hg0). Elemental mercury (Hg0) is gaseous at combustion temperatures which makes it difficult to capture. The elemental mercury therefore needs to be converted to its oxidized form, which can then be captured more easily by emission control equipment.12

Parameters affecting the degree of oxidation of elemental mercury include, for example, the halide content present (e.g. fluoride, chloride, bromide), the flue-gas temperature, catalyst present, and flue-gas constituents. The amount of mercury captured generally increases as the amount of halides in coal and unburnt carbon increases. Therefore, mercury capture can be increased in coals by adding halides, particularly bromide. Bromide additives are more efficient in oxidizing elemental mercury than chloride.10

As an additional benefit, a reduction of fuel ash and sulphur content is observed.10

Bromine-based compounds are versatile and can be added at different stages of the combustion process to help capture mercury:

Depending on the configuration of the actual plant, the oxidized mercury will be captured by standard emission control equipment, mainly from the flue gas (e.g. via bag filters), and can be disposed of in an environmentally sound manner.

A significant advantage of this technology is that it can be retrofitted to existing plants relatively easily, provided the above standard emission control equipment is in place.