On the 18th of November the International Bromine Council (BSEF) organised a webinar on the recyclability of Waste Electrical & Electronic Equipment (WEEE) plastics in the context of the EU Circular Economy Action Plan.

During the event, in which more than 170 participants attended, Sofies launched a new independent study, entitled “Impacts of Brominated Flame Retardants (BFRs) on the recycling of WEEE plastics.”

Arthur Haarman from Sofies presented the study that assesses the impact caused by the presence of BFRs on the recycling of WEEE plastics. The study found that BFRs have remarkably few negative effects on recycling. “A switch from Brominated to other Flame Retardants would not improve WEEE plastics recycling and could even lead to detrimental impacts on yields and quality” said Arthur when reporting the findings of the study.

Arthur continued, saying that “policy makers should investigate the impacts of alternative Flame Retardants on the recyclability of WEEE plastics to avoid “regrettable substitution” effects”. The report that is available on the BSEF website includes multiple recommendations to policy makers, producers, and recyclers. 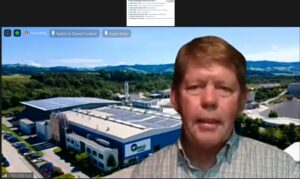 Chris Slijkhuis, General Manager of MGG Polymers & board member of the European Electronics Recyclers Association (EERA) welcomed the Sofies study on WEEE recycling and presented the E‐Waste plastics recycling trends and its challenges. Chris asked for more legal and policy clarity and stability in order to help developing and growing the WEEE Plastics Recycling industry and concluded by confirming that “the technology is available, so everything is in place for the Circular Economy. We absolutely need more of WEEE plastic recycling!” 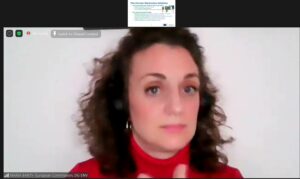 Maria Banti, Policy Officer, Waste electrical and electronic equipment (WEEE), DG ENVI presented the EU agenda on Circular Economy and Circular Electronics Initiative. Maria Banti stated that strategies such as that of Europe’s for plastics in the circular economy “aims to achieve 10 million tons of recycled plastics in new products on the EU market by 2025”.

Maria Banti continued, referring to the importance of WEEE plastics recycling due to the fact that electronic waste is one of the fastest growing waste streams in Europe. “Initiatives such as the Circular Electronics Initiative aims by 2021 to extend the lifespan of electronic devices, such as Televisions, prevent premature obsolescence and promote repair, recycling and efficient use of resources” explained Maria.

THE REPORT IS AVAILABLE HERE